– THE FESTIVAL ON WHEELS
The Festival on Wheels first took to the road in 1995… With a mission to present outstanding examples of cinema to film enthusiasts in different cities around Turkey and to introduce Turkish cinema to the rest of the world.
Before the festival wheels were oiled and turning, people’s experience of cinema in the far-flung corners of Turkey was no more than the odd piece of news on television or in the newspaper. In cities without even a movie theatre to speak of, getting to a cinema was a hopeless dream. But wherever the festival set foot, cinemas opened and film after magical film unfolded on screen. And there was soon a loyal and enthusiastic crowd anxiously awaiting the arrival of the festival every autumn; a crowd that spilled out of the four walls of the cinemas.
Naturally, the festival wagon carried more than just films… Directors, actors, writers, film critics and students from every country arrived in the cities too… There were workshops, Q&A sessions, film shoots… Cinema had never been so at one with its audience; art had never embraced everyday life so fully.
For a whole month every year, the Festival on Wheels has visited different cities with the latest fare from world cinema, sections dedicated to masters, new films from Turkey, short film compilations and special screenings raising social and cultural issues through the medium of film… Over the last 17 years, the festival wheels have rolled in and out of the cities of Ankara, Artvin, Baku (Azerbaijan), Bursa, Çanakkale, Drama (Greece), Eski?ehir, Gaziantep, Istanbul, Izmir, Kars, Kayseri, Malatya, Mersin, Ordu, Samsun, Sarajevo (Bosnia and Herzegovina), Sinop and Tblisi (Georgia)…
A further of the festival’s aims is to bring together foreign filmmakers who come as guests to the festival with their counterparts in Turkey, and to support and encourage collaborations between them. The festival management also endeavours to secure theatrical release or television sales for films in the festival programme.
The Festival on Wheels also puts on a programme of workshops to which it invites a number of filmmakers from Turkey and overseas. In the course of these workshops, the young Turkish filmmakers collaborate with their counterparts from abroad to create cinema together. 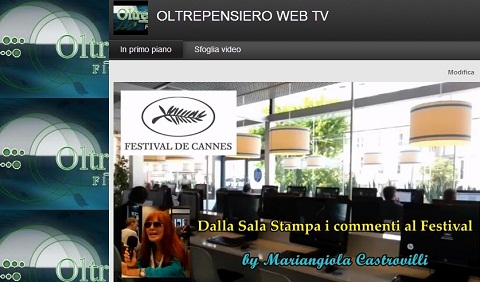