– The 15th Festival do Rio (Rio de Janeiro International Film Festival), which is headquartered in the historic heart of the city at the Armazém da Utopia, is screening films from more than 60 countries at venues spread across the city. The festival takes place from Thursday 26 September through Thursday 10 October. 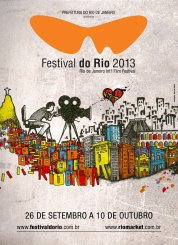 Festival do Rio opens with the Brazilian premiere of Thierry Ragobert’s Brazilian-French co-production, Amazonia, the film that recently closed the Venice Film Festival.

Brazilian films and Première Brasil, which has as its festival home the historic Odeon Petrobras in downtown Rio de Janeiro, are the beating heart of Festival do Rio, and the festival is rightfully acknowledged as the best annual global showcase of contemporary Brazilian cinema.

Première Brasil is the only competitive section of Festival do Rio with jury awards to be presented on Thursday 10 October. Three highly prized audience awards will also be bestowed on the best Brazilian feature film, best documentary and best short film.
In total Première Brasil will screen over 40 new Brazilian full-length features and documentaries during the festival, most of which are having their world premieres in Rio. For 2013 there are eleven full-length features in competition and eight documentaries. 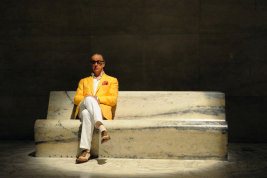 Paolo Sorrentino‘s The Great Beauty (La grande bellezza), which premiered in competition in Cannes, and will have a gala screening in Rio at 21.15 on 2 October at Estação Rio 1, has been chosen by Italy as its entry for the Best Foreign-Language Oscar. The film is a movie about Rome, its inhabitants, its dangers and intellectual adventures that lead us nowhere.
Paolo Sorrentino, who will introduce his film at the festival, is also in Rio to film his contribution to the next film in the Cities of Love franchise, Rio, Eu te Amo.
Rio, Eu Te Amo. Rio, will be composed of 10 dynamic short film segments created by 10 directors from across the globe. The story line of each segment of the film focuses on an encounter of love in a different neighbourhood of Rio demonstrating the distinctive qualities and character of that location. 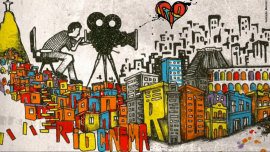 – For the past 15 years, Festival do Rio has been known for bringing the very best of international cinema to Brazil, and this year is no exception with more than 60 countries represented across the festival program by nearly 350 new or historically important films.

From its Latin American neighbours the festival is offering audiences its by now traditional Latin Premier. This sidebar will give a number of films from the region their Brazilian premiere as well as featuring films from the European Latin countries such as Spain, Portugal and Italy.

As part of the year of Germany in Brazil some of the most exciting new productions from Germany will be highlighted in one of the festival’s centrepieces, Focus Germany. Focus Germany will include Thomas Arslan’s Gold, which premiered in competition at the Berlin Film Festival; Morroco, the latest film from director Caroline Link, winner of the Oscar for Nowhere in Africa in 2002; Die andere Heimat – Chronik einer Sehnsucht by Edgar Reitz, a sort of prequel to his TV-series Heimat; and The Dead and the Living by Barbara Albert, a reflection on the birth of Nazism and the reality of the Turkish community in contemporary Germany.

The focus will also look at the Berliner Schule (Berlin School) with directors such as Christian Petzold, Thomas Arslan and Angela Schanele. While not having many points in common, the diverse and versatile films of the movement are marked by the mutual collaboration between directors and artists.

The Festival pays a special honour to a number of distinguished directors in 2013, including Paul Schrader whose latest film, The Canyons, premiered in Venice; French directors Claire Simon and Alain Guiraufie, and the avant-garde filmmaker, documentarian and photographer, Ulrike Ottinger. 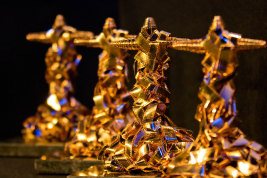 The bulk of the international programming is screening at Festival do Rio in: 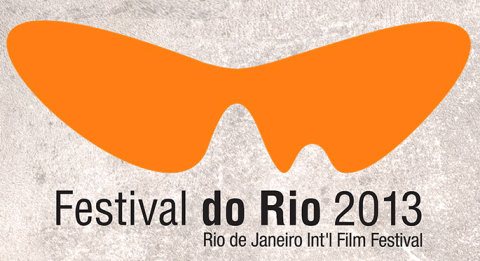 In giro per Rio