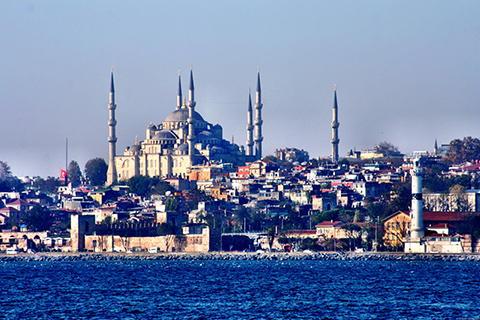 “Our cinema’s history is also the history of our struggle against censorship. We strongly oppose the requirement of an official certificate for films shown at national festivals, which can be used as a tool of censorship and political oppression on filmmakers and festivals alike. The screening of the film BAKUR (NORTH) was canceled by the 34th Istanbul Film Festival due to the pressure put on by the Ministry of Culture, marking the latest act of this struggle. Filmmakers reacted by withdrawing their films, which led to the cancellation of all competitions at the Istanbul Film Festival.

Ankara Film Festival has also announced the cancellation of its short film and documentary competitions under The Ministry of Culture’s ongoing pressure and the National Competition Jury has subsequently withdrawn from the festival.

It seems highly probable that films and festivals in Turkey will face much greater obstacles in the upcoming days. We urgently demand the removal of those laws and regulations that pave the way for censorship. It is utterly unacceptable that the Ministry of Culture, whose primary purpose should be to support the arts, restricts the freedom of cinema instead.

The oppression of the arts must stop, audiences must have uncensored access to films and festivals must remain independent. It is absolutely necessary to fight for these rights!

We are calling out to all workers of the film industry, critics and cinephiles to join and expand this struggle. On Saturday, April 18 at 16:00, we march from the French Cultural Center to Atlas Movie Theater for ‘Free Cinema Against Censorship.’ After the march at 20:30, we meet at Abbasa?a Park for a screening of the documentary “Yollara Dü?tük” (“We Hit the Road”), the story of the 1977 march against censorship, to be followed by a forum to discuss further action and form a solidarity against censorship.“