EVERYONE TO ROME AND THEN TO GANSBAAI VIA DUBAI 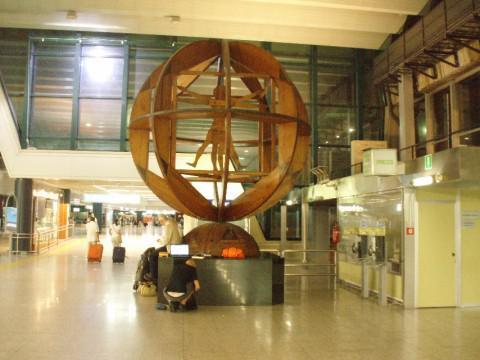 The team of VIII Scientific expedition “Following the Great White Shark” 2011 is now on the road. The 18 members from various Italian regions are slowly flowing to the capital to reach the international airport of Roma-Fiumicino, where they’ll meet right near the monument to Leonardo da Vinci character of our history from which the airport take its name. All will be there no later than 7.00 p.m. There will be an initial briefing in anticipation of the check-in starting at about 8:00 p.m. The boarding, on  a plane of FlyEmirates (EK), is expected at around 9.30 p.m., then the mambers will leave at 10.00 p.m. and will reach Dubai (4438 km) at 5.50 a.m. From there, a change of flight (departure at 8.50 a.m.) to reach Cape Town at 4.25 p.m. From the South African city, with buses available to them, they will reach the base of operations in Saxon Lodge, Gansbaai, the fishing village that is the home of the study group freom eight years. Waiting them (at about 7.00 p.m.) the Italian biologist Sara Andreotti (Collaborator of the Unit of Study and Research white sharks, PhD student at the Univ. Stellenbosch, South Africa) and Michael Rutzen of Shark Diving Unlimited.