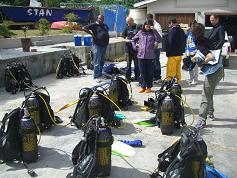 (Gicar) – For members of the VIII scientific expedition in South Africa in 2011 “Following the Great White Shark” coordinated by the Unit of Study and Research of Professor Primo Micarelli (University of Siena) on April 6th, the day will be etched in their minds. Twenty-four hours unforgettable leave an indelible mark in their neurons, something to pass on to generations to come. It will not be for them (and us) small thing the 200th shark spotted (over the years by the mission) by the only research group on withe sharks active in Italy (with many universities involved , expecially Calabria’s and Siena’s ones), which also devotes particular attention to the dissemination of data and research results not only in 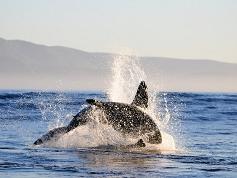 cientific forums, but to schools and to the public to disseminate what is called the “Culture of the Sea” while launching appeals to raise awareness towards the institutions and people to safeguard and respect the ocean.

And… on Wednesday April 6th , 2011 … will also have its own story for that exceptional “Breaching” carved, now, in their eyes and digital images that are being proposed in the beautiful film made by the official Camera operator of the expedition, Daniele Giglioli.