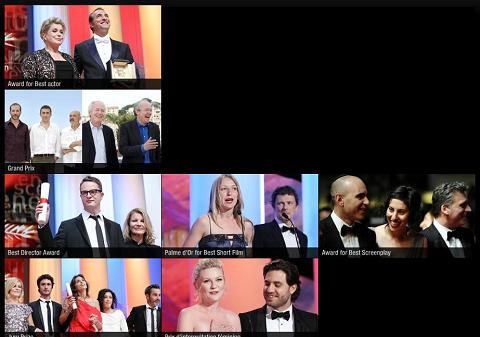 Palme d’Or
THE TREE OF LIFE directed by Terrence MALICK

After receveing his prize from actress Jane Fonda, the producer of the film, Bill Pohlad, said : «I have always wanted to speak French, and tonight more than ever. Tonight I have to take the place of a giant. Terrence Malick is very shy and discreet. But I spoke to him today and I know he is very happy to receive this honour. The Tree Of Life was a long journey, but it was all worth it. I would like to thank especially the Festival de Cannes.»

Palme d’Or
THE TREE OF LIFE directed by Terrence MALICK