The First Man – A film by Gianni Amelio

Based on a novel that Albert Camus was working on when he died, we follow Jacques Comery as he travels back to Algeria in 1957, a place full of childhood memories. The country is split between those wanting to remain a part of France, and those demanding independence. Reminiscences of his mother, his stern grandmother and a young Arab boy come flooding back. 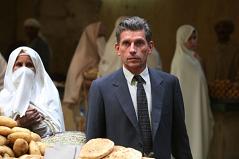 Published in France in 1994, thirty-four years after its handwritten manuscript was discovered in the wreckage of the car accident that killed its author, Albert Camus’ autobiographical novel is a deeply moving account of his childhood in French Algeria. Le premier homme incorporates Camus’ intimate memories – growing up fatherless under the care of an illiterate mother and a proud, fierce grandmother – and places them against the larger backdrop of growing unease between France and Algeria. Writer/director Gianni Amelio, whose varied and intelligent filmography covers this terrain well, has transposed Camus’ book to the screen with reverence and dignity. 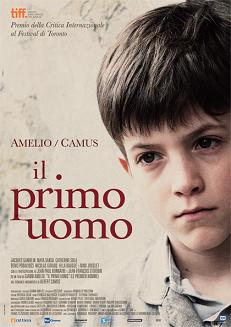 Choosing to render his film as reminiscence, Amelio first follows the middle-aged Jacques Cormery (Jacques Gamblin) as he returns to Algeria to visit his mother Catherine (Catherine Sola). It is 1957, and the country is seething with tension as the Europeans, known as the pieds-noirs, defend their interests against the demands of local nationalists. A series of startling and violent events triggers a string of memories for Jacques, and he casts his mind back to incidents from his boyhood. The usual shenanigans play out against an impoverished milieu where, at a certain age, Jacques is expected to get a job and become the breadwinner.

It is only through the intervention of a sympathetic teacher that a different path opens up for the bright boy, allowing him to grow into the famous novelist he would become. Of equal importance is the story between Jacques and a proudly independent Arab boy, which gradually works itself into the present.

Le premier homme belongs to Gamblin, although he is more than ably supported by Sola and the superb Maya Sansa as the younger Catherine. Gamblin brilliantly summons up a character whose decisions are his alone, even if they are not popular. Caught between France and its increasingly fraught colony, this is a man — and consequently a book and a film – divided along conflicting lines, trying to reconcile a situation that is splintering in opposite directions.

Report and Camera by Mariangiola Castrovilli
Editing by Claus