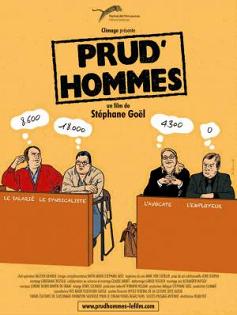 Every year thousands of conflicts are dealt with via a special jurisdiction process, the Tribunal des Prud’hommes, established in the 19th century to resolve management and labour disputes (…) This court is a revealing social barometer, full of stories, dramas great and small. “Les Prud’hommes” crystallizes tensions, upsets, suffering and rebellions that are part of a rapidly changing, ever more brutal and complex world of work. For the first time in Switzerland, a camera crew has been allowed into the public galleries to film the Tribunal at work in Lausanne. The result is a caustic look at a very particular form of theatre, a play of words and emotions, bosses versus workers, accompanied, or not, by a lawyer or union representative.
Amusing and moving by turn, the film takes us into the heart of the human comedy, that of contemporary society. –Locarno Film Festival.
Boyd Van Hoeij from Variety describes Goel’s work as an “absorbing doc.”, “gripping and insightful”. 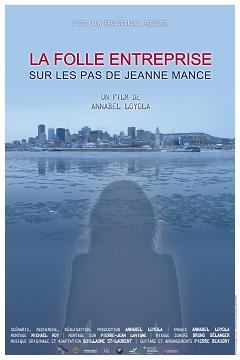 « How many big cities in the world could boast to having a woman as their founder ?”
Fascinated by the singular destiny of Jeanne Mance (1606-1673) whose major part in co-founding Montreal had been forgotten, the filmmaker searches for the reasons that motivated an unmarried woman who was neither a widow nor a nun in the XVIIth century, to travel to the unknown and surpass herself in a hostile context, to found a city over 3 centuries ago.
This well-chronicled and poetic documentary is at once a self-quest, Annabel Loyola’s, and an enquiry into the life of a woman we feel close to. Jeanne Mance’s exceptional journey is presented to us like a luminous, touching impressionistic painting that puts us in a state of grace.
“A challenge brilliantly tackled!” (Léo Baudouin)

A brilliant business lawyer finds that an old Rumanian homeless woman looks a lot like his grandmother. One night, he makes a cardboard sign for her “I could be your grandmother”. Passers by become much more generous. Other homeless people request signs from him. Their demands are soon too much for him.

Report and Camera by Mariangiola Castrovilli
Editing by Claus