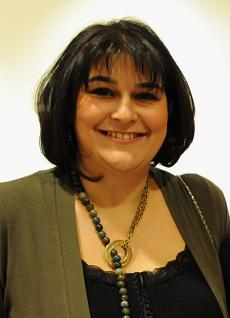 Born in 1971 in Istanbul, Azize Tan obtained her Bachelor of Arts from Bosphorus University in Istanbul. She works for the Istanbul Foundation for Culture and Arts (IKSV), which organises six international festivals that explore film, theatre, music, biennials, jazz, and the elements of design. She worked as the Coordinator of the 5th-7th Istanbul Biennials and furthered her craft as the Assistant Director of the Istanbul Film Festival in 2003. Tan is been helping shape the vision of Istanbul Film Festival as the Director since 2006. Her versatile knowledge of film has enabled her to successfully facilitate the Istanbul Autumn Film Week (Filmekimi) for almost a decade. Tan is an active member of NETPAC and the Asia Pacific Screen Awards’ Nominations Council.