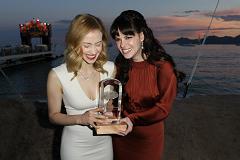 (Birks & Mayors Inc.-Telefilm Canada) – Canada’s leading luxury jeweller Birks is today unveiling the two recipients of the inaugural Birks Canadian Diamond: actresses Sarah Gadon and Emily Hampshire were chosen by the Birks Selection Committee to receive the prestigious award. The Birks Canadian Diamond trophy will be presented to them at the Cannes Film Festival during Telefilm Canada’s first Tribute To Canadian Talent press event and reception on May 23. Birks created the award to recognize the accomplishments of up-and-coming Canadian talent who allow our country to be celebrated on the international stage. 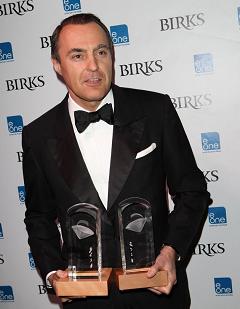 «It is a great honour to present the first Birks Canadian Diamond to two young and successful Canadian actresses, Sarah Gadon and Emily Hampshire, who have both made their mark on the film industry with exceptional acting performances. Today their achievements bring them to the Cannes Film Festival as they both star in films selected by the Festival,» says Jean-Christophe Bedos, President and CEO of Birks. «Sarah and Emily’s talent can now be celebrated not only across Canada but around the planet. They are an asset to the Canadian film industry and help our country shine abroad.»
«Actors are the glue that holds together all the elements of a cinematic narrative for the audience. Sarah and Emily are two rising stars, who through their wonderful performances, elevate this very creative process,» says Carolle Brabant, Telefilm Canada’s Executive Director. «The two award recipients are also instrumental in the promotion of their films and in ensuring that these productions reach moviegoers. We are proud to recognize their talent with this partnership with Birks.» 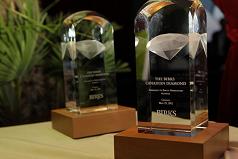 The Birks Canadian Diamond
The Birks Canadian Diamond trophy draws inspiration from diamonds mined in Canada, which shine beyond our own frontiers to delight others around the world, much like film talent. The trophy includes a representation of THE BIRKS AMORIQUE DIAMOND®, Birk’s proprietary cut of diamond, available exclusively with diamonds mined in Canada.
The Birks Canadian Diamond, awarded for the first time, serves to recognize Canadians of different professional horizons whose talent and accomplishments have allowed Canada to be celebrated on the international stage. For the award’s inaugural edition, the Birks Canadian Diamond Selection Committee chose to recognize the work of film talent in conjunction with the 65th edition of the Cannes Film Festival, as this year marks one of the strongest Canadian selections ever at Cannes. The Selection Committee takes into account the impact of the nominees’ accomplishments and talent, the recognition they have already received from credible organizations as well as their peers, and the visibility they generate for Canada abroad.

Sarah Gadon
Sarah Gadon has made her mark on the Canadian and international film industry with a career she began at the age of 10. She recently wowed audiences with her performance in director David Cronenberg’s film “A Dangerous Method” (2011). This year marks a milestone for the young actress from Toronto: she will be attending the Cannes Film Festival as the star of two movies selected by the prestigious festival. David Cronenberg cast Gadon to play opposite Robert Pattinson in his thriller “Cosmopolis” in line for the coveted Palme d’Or, while she is also the female lead in Brandon Cronenberg’s directorial debut “Antiviral”, chosen for the Official Selection’s Un certain regard category. 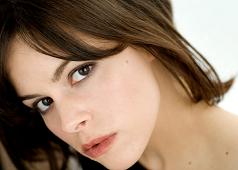 Emily Hampshire
Emily Hampshire has seen her acting skills recognized by the Canadian Academy of Cinema and Television and the Canadian Actors Guild, and has received international accolades for her role opposite Sigourney Weaver and Alan Rickman in the Berlin Film Festival opener “Snow Cake” (2010). The Montreal-born actress starred in Canadian Jacob Tierney’s feature film success, “The Trotsky” (2009), before seeing David Cronenberg cast her for a role in his latest feature, “Cosmopolis”. Hampshire also makes an appearance in Xavier Dolan’s “Laurence Anyways”; a title selected in the Un certain regard category that marks the 23 year-old Quebec filmmaker’s third nomination at the Festival. Dolan asked the actress to perform a cameo in his latest feature as a prelude to the lead role he is currently writing for her in what will be his first English-language film, “Letters to a Young Actor”.

About Birks
Birks was founded in 1879 and developed over the years into Canada’s bridal and diamond reference. Today, the Company is the premier retailer, designer and manufacturer of fine jewellery, timepieces and gifts. Birks & Mayors is a leading retailer with 58 luxury jewellery stores in Canada and the United States: 31 stores operate under the Birks brand in most major markets in Canada and 24 stores under the Mayors brand in Florida and Georgia, two retail locations in Calgary and Vancouver under the Brinkhaus brand and one retail location in Orlando under the Rolex brand. Visit www.birks.com. 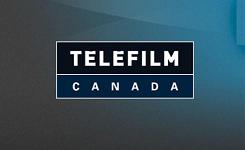 About Telefilm Canada
Telefilm is dedicated to the cultural, commercial and industrial success of Canada’s audiovisual industry. Through its various funding and promotion programs, Telefilm supports dynamic companies and creative talent here at home and around the world. Telefilm also administers the programs of the Canada Media Fund. Visit telefilm.ca and follow us on Twitter at twitter.com/telefilm_canada. 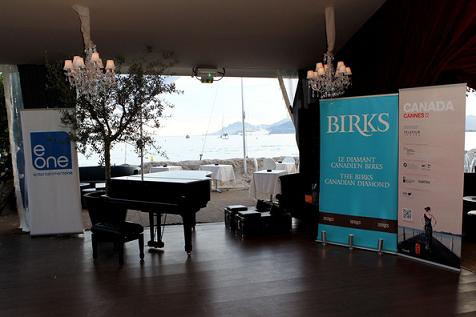