Tarquinia: A New Life for the Tomb of the Painted Vases 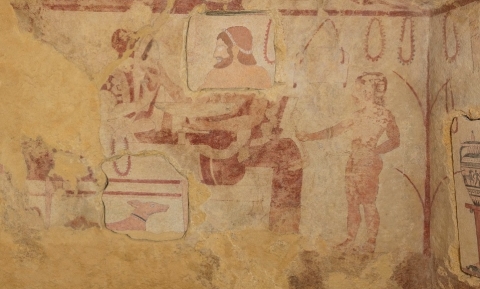 The scenes painted on the walls of the tomb had been repeatedly damaged by cracks and roots piercing the rock, and especially by the action of illegal diggers who cut off whole sections of the decoration. «Starting from this desperate situation» as the Superintendent Arch. Margherita Eichberg states «a complete restoration has been made possible thanks to the generous, extraordinary contribution of the Ny Carlsberg Foundation that supported the works through Det Danske Institut i Rom, in the form of a technical sponsorship». 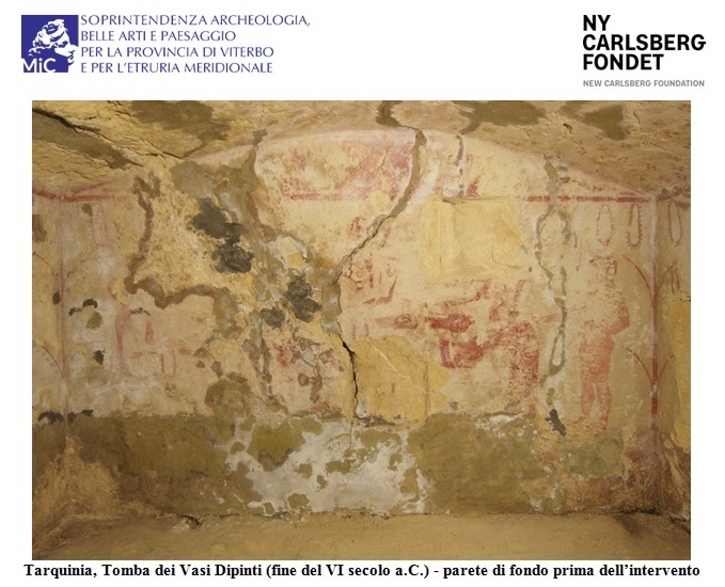 The conservation project was designed and carried out by Franco Adamo with his inseparable colleague and wife Adele Cecchini: two of the greatest experts in restoration and conservation of the painted tombs of Tarquinia.

In the words of Annette Rathje, emerita professor at the University of Copenhagen, «the first merit of this agreement goes to the lamented Mariolina Cataldi, for many years the archaeologist responsible for Tarquinia, who was able to create an international connection for the safeguard of Etruscan funerary painting».

The tomb was discovered in 1867 and was immediately distinguished for the calligraphic quality of its paintings and the originality of the subjects, which include a moving scene of marital affection and whirling dances of men and women. The funerary chamber was well preserved for almost a century, before the devastating intervention of the infamous “tombaroli”, who cut off (by means of a chainsaw!) large parts of the paintings, corresponding to the most precious details of faces and furnishings. 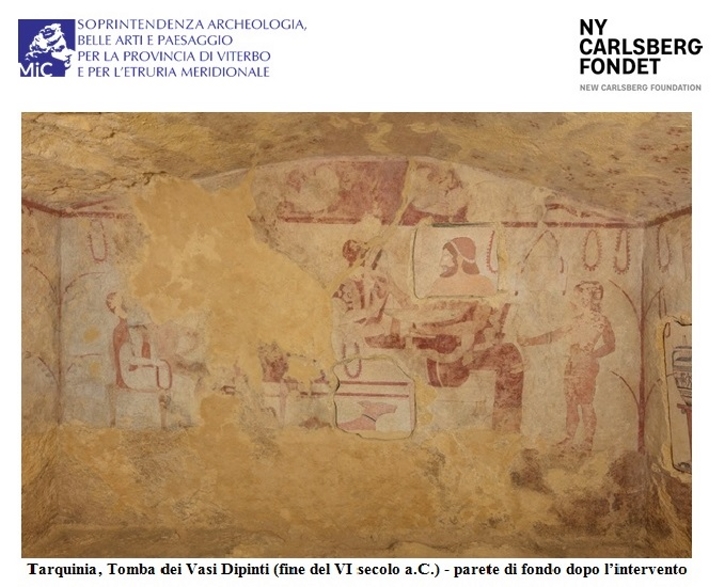 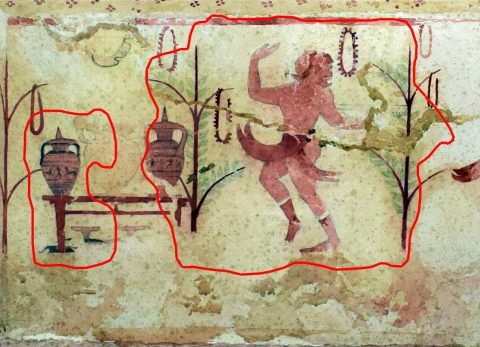 Fortunately, old photos, water-paintings and especially fac-similes preserved at the Ny Carlsberg Glyptothek give us a fair idea of the lost figures, to the extent that the new restoration has been enriched by some integrations on mobile supports, which allow the visitors to appreciate the tomb as a whole and understand the senseless brutality of the “thieves of art” who dared to destroy a masterpiece just to steal a small part of it.

«It is with extreme joy, therefore» is the comment 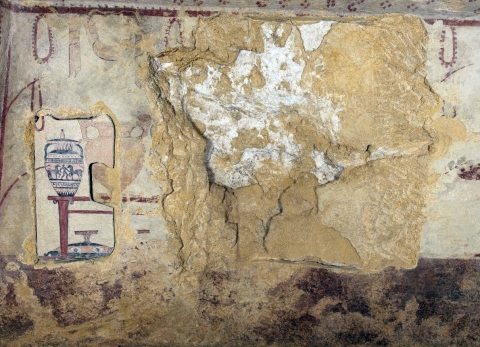 of the archaeologist Daniele F. Maras «that I join the restorers in presenting the splendid surprise of a new section of the painted decoration, which remained untouched and unknown to the vandals because it was covered by a calcareous veil».

Today, the Tomb of the Painted Vases is born to a new life, as a symbol for a new awareness towards the cultural heritage and as a memento for the new generations to know, preserve and protect the evidence of an artistic culture that has been acknowledged as part of the World Heritage. 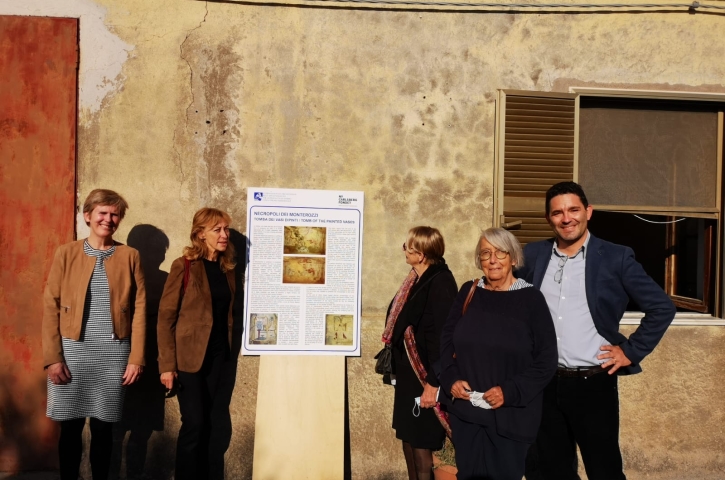 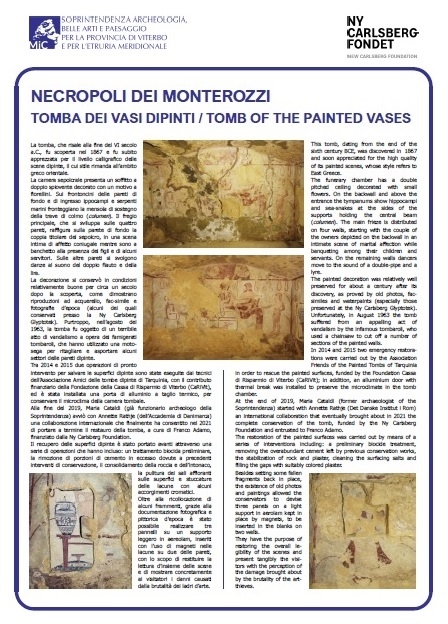