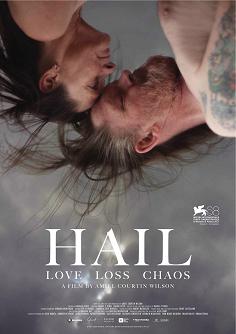 Dan is freed from prison. Dan is in love with Leanne. They eat together. They live together. They steal together. When Dan’s love is suddenly torn away from him, he is reduced to savagery. Haunted by damning memories, Dan awakes to a transparent face against the sun… Dan swallows. Dan tries to sleep. Dan thrashes against the tide and goes on a journey to take back what is his. Working in the nexus between documentary and drama, the line between cinema and life is at times erased in Hail, as ex-prison inmate Daniel and his real life partner Leanne play themselves. The first narrative feature of documentary director Courtin-Wilson, Hail was the first Australian film in nearly a decade to screen at the Venice Film Festival.